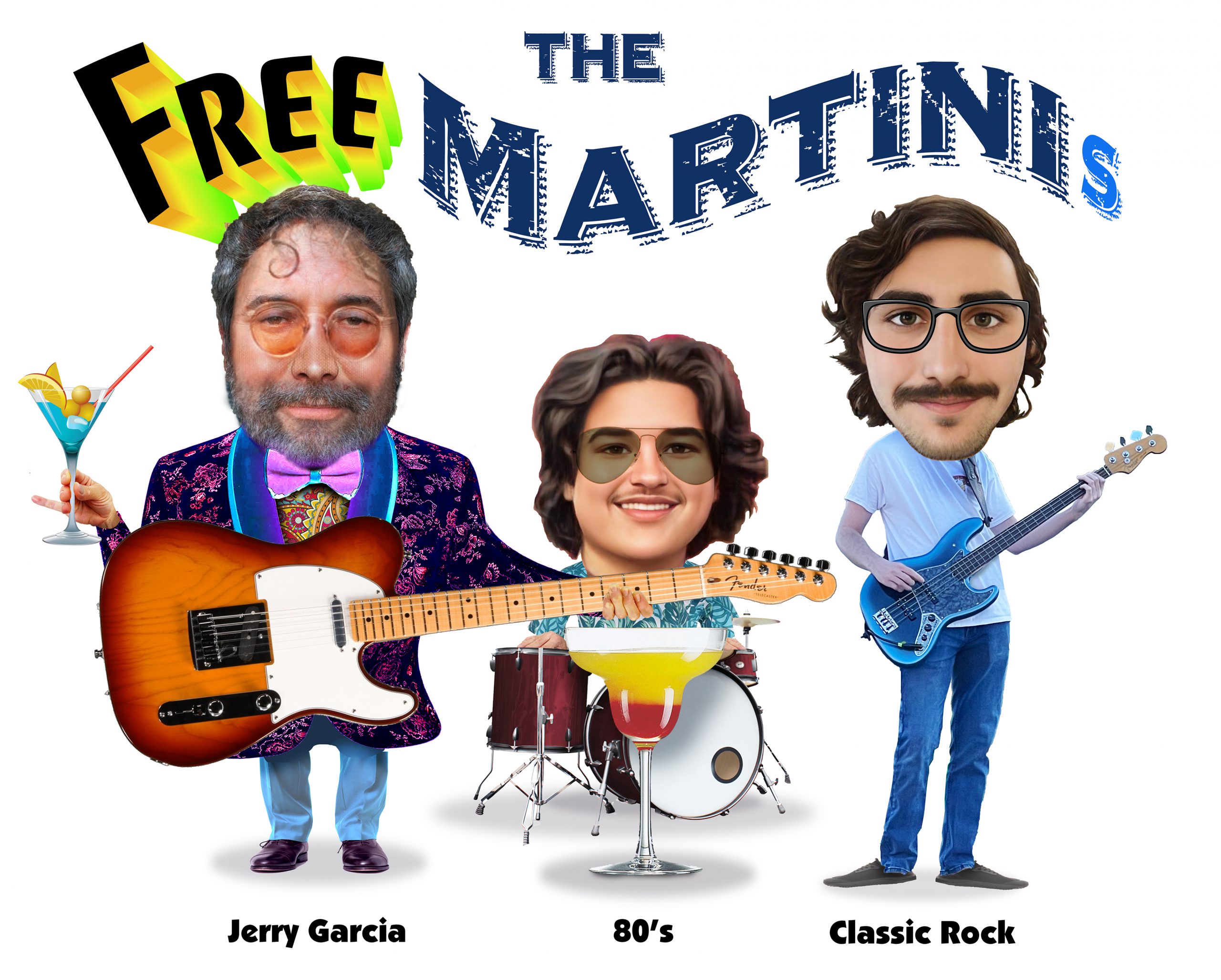 Free Martini plays Classic Rock, 80’s and Jerry Garcia and is known for their great jams and solid musicianship.

Recent venues the Free Martinis have played include the Coyote Bar & Grill, My Yard Live, Aztec Brewing and Tony’s in Oceanside harbor.

For a trio, the band packs a wallop, and puts its own unique twist on songs by groups like the Kinks, Squeeze, Grateful Dead, Social Distortion, Aerosmith, Eddie Cochran and Johnny Cash.

Free Martinis are a family band (Uncle, nephew and nephew’s childhood friend). Although the drummer and bass player are youthful (21 & 22) they are a powerful rhythm section (having grown up playing together) and play well beyond their years.

All the Day and All the Night - Free Martini

Kinks "Come Dancing" by Free Martini at 508 Tavern in Vista

Free Martini perform Don't Do It

The FREE Martinis got the Folsom Prison Blues